The weekend has been a blur of post-conference decompression. There have been a lot of naps. I had a great time, but whenever I’m away from home for more than a day I find it really hard to get back to normal. It’s like jet-lag without the jet part. Even after an afternoon nap, I’m still exhausted.

It’s going to be a tough week. The boy is away so I’m cat sitting, which means I’m going to have to do some creative scheduling in order to squeeze everything into my already tight schedule.

Didymus turned 14 while I was away, but my mom made sure to make him a party hat to mark the occasion. It’s a melancholy celebration because the sarcoma he had removed in February has returned. He’s going in for a second procedure on Tuesday, but I’m afraid it will be back sooner rather than later. Trying to treasure every moment. 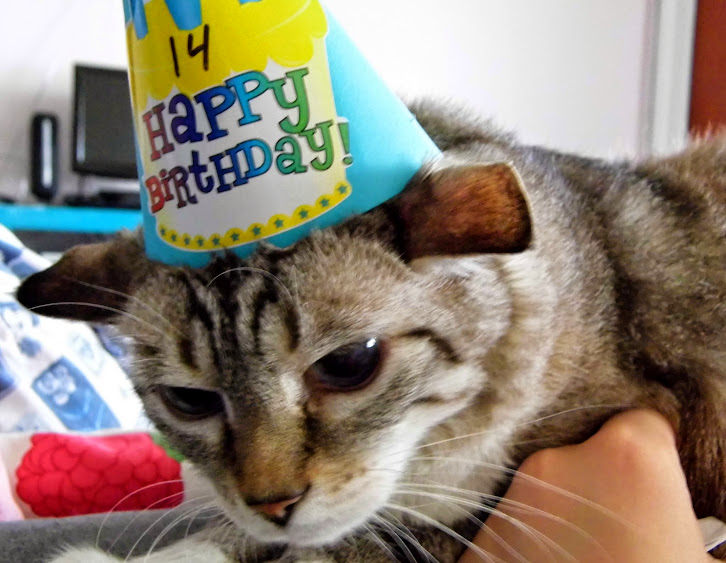 On a lighter note, there was a beautiful rainbow that spread across the neighborhood this afternoon. I will take it as a good sign. 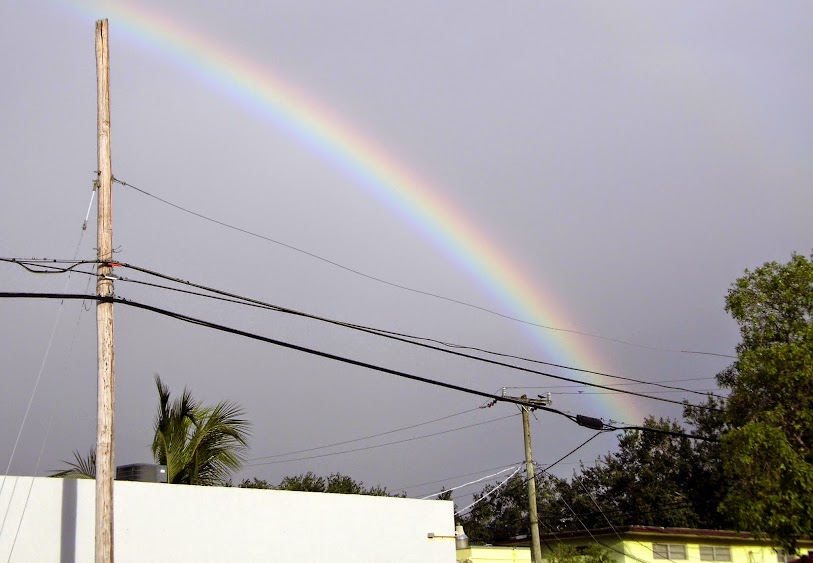