This morning, I lost my Didymus the Cat.

Didymus was the only surviving kitten in a litter of five (I like to think he’s the one looking back, but he could be the one firmly attached at the front–he was a voracious eater). 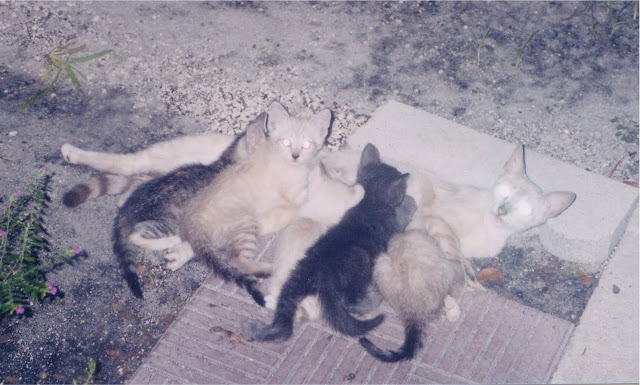 It was a litter of outdoor kitties and his siblings didn’t make it. I won’t go into details but it was a case of cruelty involving minors so there was no justice in the end. Didymus was 5 weeks old when he appeared in our garden, hungry and scared, but alive.

We weren’t allowed to have pets in our apartment, but I begged and pleaded to keep him until my mom let me have my way. I said I would find him a home and I did–with me. He was a funny little cat from the start and enjoyed being carried so much he learned to lift his front legs into the air whenever he wanted to be picked up. 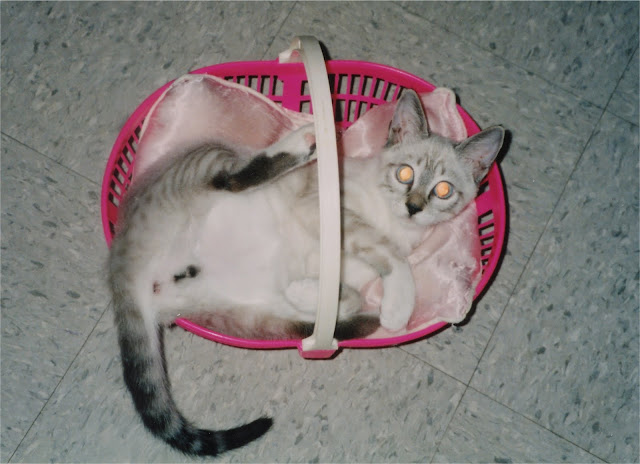 His markings became darker with age, until he was mostly gray and black with a white belly. 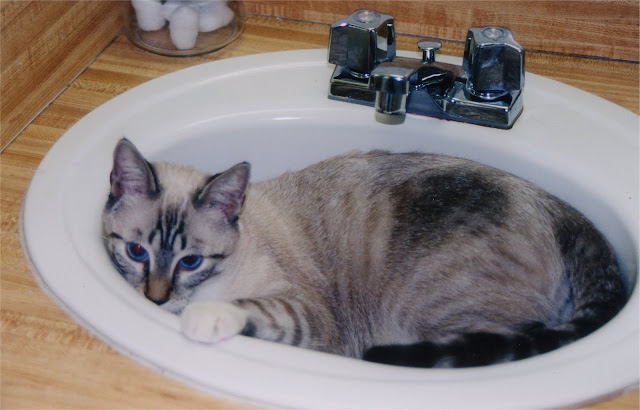 And he always had the most amazing blue eyes. 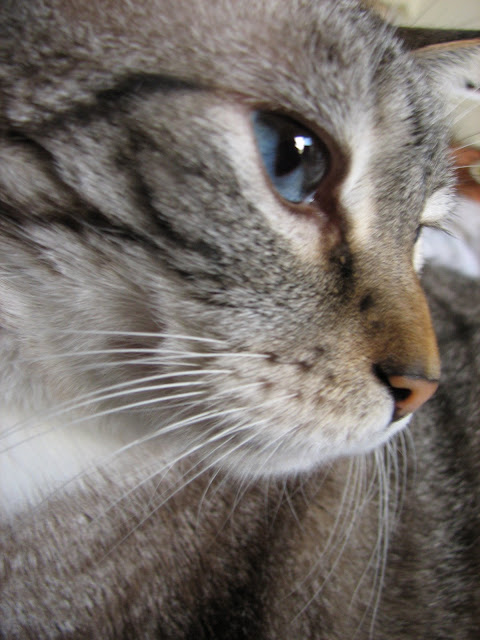 He was diagnosed with soft tissue sarcoma after I discovered a strange lump on his shoulder. He underwent surgery in February, but the bump was back within two months. The vet wanted to try again, but I refused. I knew it was a terminal illness and that it was progressing too fast to have any real hope of long-term recovery. I made the decision to watch and wait. His quality of life started to take a turn for the worse on Tuesday evening. It was getting harder for him to walk and lifting his head to eat was becoming difficult but he was still eating. Last night it was nearly impossible to get him to take more than a few licks of the moistened food and the only thing I could get him to take was a spoonful of yogurt. I knew that I was only prolonging his suffering so I asked my mom to take him in to the vet to see if there were any other options for palliative care, but there were none. I knew it was time to let go. I wasn’t there when it happened. I felt obliged to go to work for a meeting and because I needed to take care of business before going on vacation; I drove as fast as I could, but I couldn’t be there in the end.

I keep thinking he’s just around the corner every time I walk into the living room, plopped across one of his many blankets. It’s going to be hard to put his things away. There will never be another cat like him, though there will be others. The pain of losing a pet is real, but it would be more painful to not experience the love they bring.

I said goodbye to him this morning and he work me with a happy little mreow this morning. This is the last picture I have of him. I took it when he came to wake me at 6:30 am. I was surprised that he was able to make it to my room, he was that tired, but I was grateful to see his little face at my bedside one last time.

2 thoughts on “grieving the loss of a cat”