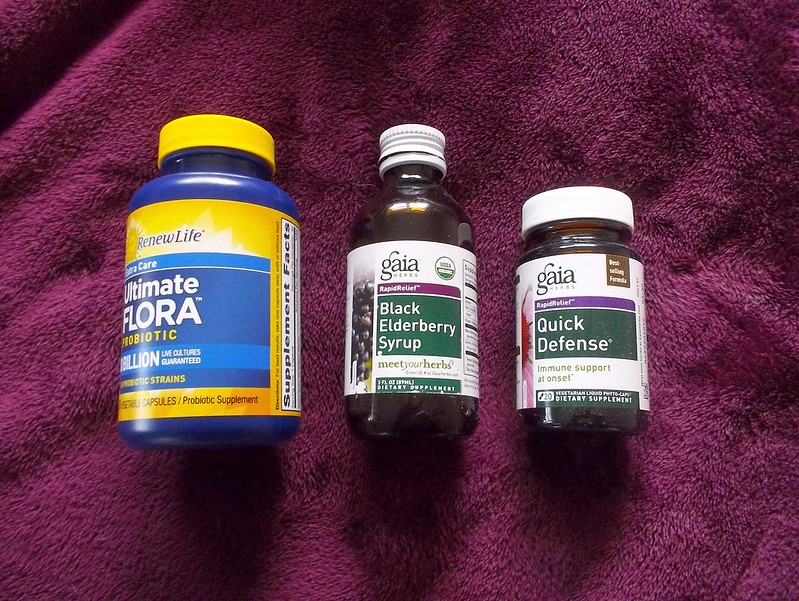 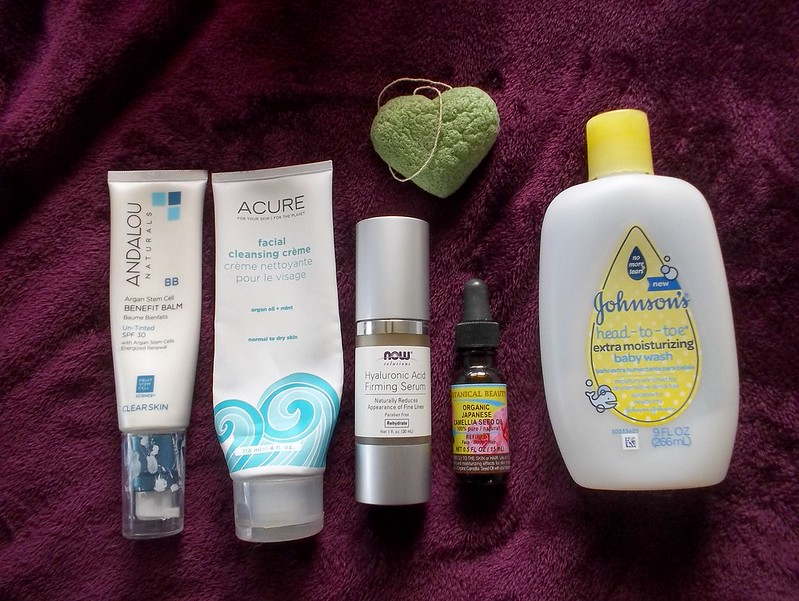 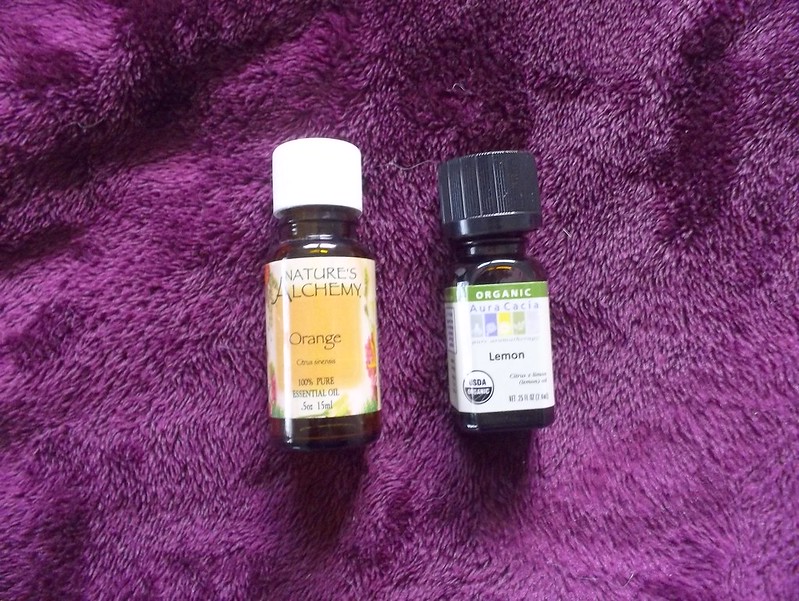 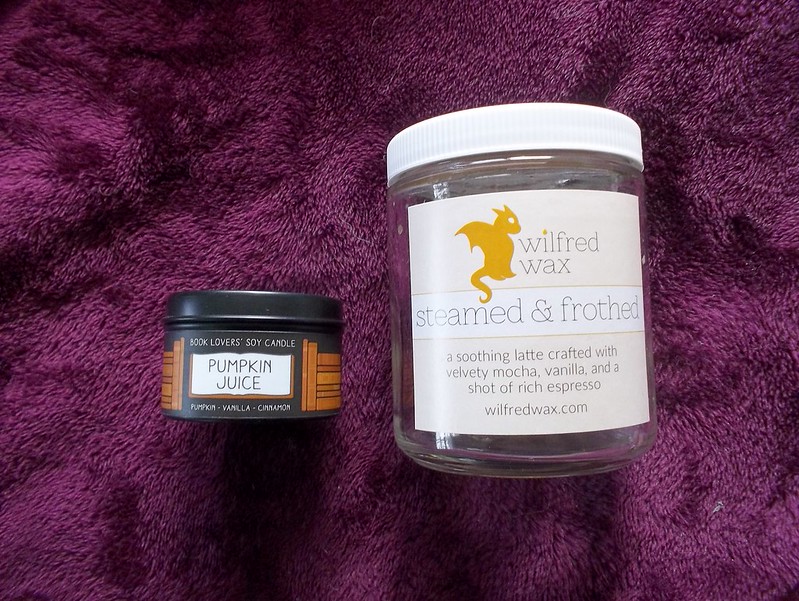 I’m a live simply sort of girl, so making the switch from dirty to clean beauty wasn’t terribly difficult. The hardest part has been finding a decent sunscreen option (still working on it, though I’ve tried some products that I do like.) and making the switch from commercial to natural deodorant. I’ve been doing a lot of research and live by the EWG’s skin deep database, but there’s nothing like actually trying something for myself. I started the switch to natural deo by weaning myself off Secret. Now, I can be a smelly girl… there are times when my cycle sets my hormones flaring and I need some serious protection, so finding something that works for my pH and won’t turn me into the office stinker is essential. I tried a few different natural brands that didn’t do much for me–the moment I started sweating, they quit. Then, I found Primal Pit Paste–which works a wonder! It seriously works (I used the lemongrass & thyme one with the regular strength) and a little goes a long way, but I wasn’t thrilled with the scent options. I wanted something less herbal. I decided to do a little experimenting and googled deodorant recipes based on the ingredients listed on the bottle… I also bought a similar, homemade deo I found on Etsy to test the strength of a home-brewed blend. The Etsy find worked.*  I was ready to give my own blend a try.

I decided to try the recipe from Wellness Mama first. It had the same ingredients as the Pit Paste and was easy enough to make. A little oily mess in the kitchen and there it is!

I tried it for a week and it worked just as well as the Pit Paste. Then my hormonal shift happened and I could smell myself! Ack! Not good. Involved a lot of avoiding people while I tried to freshen up, but I was determined to make it work. I left my deo out on the counter overnight** and added two extra tablespoons of arrowroot and one extra tablespoon of baking soda . The coco-shea blend was soft, so I folded in the powders. I use Bob’s Red Mill brand arrowroot and baking soda, which are both extra fine, making them very blendable. Back in the fridge and ta-da! It works just as well as the Pit Paste 🙂 just needed to be adjusted to my needs.

Now, a caveat for anyone embarking on the natural deo journey… you WILL have an adjustment period when you first make the switch. I was a bit smellier for about 3-4 weeks when I first started, so trying something like the Primal Pit Paste or similar may be a good option until your body gets used to the natural product. Because natural deo has no chemicals, it is NOT an antiperspirant–you will notice the sweat, but unless you have overactive sweat glands, it’s not that bad. Again, your body will self-regulate after a few weeks and you’ll notice the difference.

So that’s the latest in my beauty clean-up. It’s not perfect… there are some things I haven’t given up yet–the occasional terrible terrible perfume spritz, some less than stellar lipsticks–but finding cleaner, natural alternatives for most products has been simpler than I thought when I decided to make the switch. It’s not for everyone, I know, but it works for me and most of the products are cheaper and last longer than their department store counterparts.

*For any who want to give it a go, I used the Coconut Vanilla deo from Ollie + Max Soap Co., which smells divine! I still have some left and like to use it when I want some fragrance.

**It’s hot enough in my apartment that the coconut oil will melt unless I store it in the fridge, but it’s no biggie… that’s where I keep my toner and some of my oils, just a matter of starting a new habit.

So I haven’t done any real writing in a couple of weeks… turns out that the weird tiredness and lack of concentration was probably the result of a slow-growing skin infection that had been building since my tumble down the stairs. I am now one toe-nail down and many antibiotics up. I’m not one to take too many meds if I can avoid it, but this is definitely not the time to avoid it… nightmares involving Civil War style amputations aside, the infection really was caught just in time. It could’ve been much worse. Luckily, aside from the occasional twinge, and the leftover swelling from the injection sites, I’m finally starting to feel myself again. That’s a very good thing for all involved, as I was staring to get very moody and grumpy because I was barely holding it together. Trying to stay positive.

Now, back to the part about going natural… yes, you heard that right, I’m going natural. What nonsense is this you ask? Well, I’ve been transitioning towards an all-natural (or as close to all-natural) health and wellness routine. This has meant several experiments with natural deodorants, oils, baking soda, arrowroot, vinegar, organic/minimal makeup, no more hair dying (this is a struggle, I was a long time color changer), no more hair drying (though I will do some minimal styling on special occasions and when the weather turns cold–I don’t want to have a Victorian style death by cold head/pneumonia episode), natural toothpaste, and plenty of raised brows from the mother and the boyfriend, but I’m loving it all! I’ll post some details later, but I’ve mostly been scouring the blogosphere for recipes and ideas. Some of the best have come from the following natural living blogs:

The best part is that I’ve really noticed a significant change in my skin and hair, especially the little lines and spots that were starting to show up from lack of moisture and old scarring. And it’s cheap! I’ve spent less on natural products that can be eaten as much as slathered on than I have on skincare at Sephora. I may not look like a hippie, but I’m a flower child on the inside 🙂

I almost cried during my telehealth appointment. How’s your day going?
Happy New Year’s Eve y’all! Stay safe 😷💜
When you drive down for cinnamon rolls and run away from the line…
Hi all, fellow librarian found her neighbor’s body last week in a tragic turn of events. She is currently looking after the deceased neighbor’s cats and they need A LOT of care. It’s not known how long they were alone, so the bills are adding up. Please consider sharing and/or donating.