Destiny’s Captive by Beverly Jenkins – Selected purely for the pirate lady cover. I was thrilled to find that the heroine is a Cuban pirate/rebel/thief, but wish it had played a larger role in the plot. My one pet peeve: the Spanish is not quite right (including the main endearment), but I doubt anyone involved in the editing was aware of it shrug.

Daring and the Duke (Bareknuckle Bastards series) by Sarah MacLean – Brazen and the Beast is still the best in this series (IMHO), but this was a great follow-up. I love a redemption story (not a surprise, if you’ve been following my recent reviews), and this one hits the spot.

One Good Earl Deserves a Lover (Rules of Scoundrels series) by Sarah MacLean – I didn’t love this. The “nerd girl who is clueless about sex” trope is popular, but not one that works for me. I skimmed to the end, so I could move on to the next book in the series.

Pleasure of a Dark Prince by Kresley Cole – back at it…

I debated recording a video, but I don’t have the mental space to record, edit, and try to upload on my mediocre connection, so here’s what I read in March and April… with super short reviews.

Also, I’ve read a lot of romance and fantasy in the last 4 years… the current state of the world is leading me further down this rabbit hole.

The Beast of Beswick by Amalie Howard – Regency romance meets Beauty & the Beast in this story about a spinster who will marry a “beast” to save her sister.

The Queen’s Gambit by Jessie Mihalik – the leader of a refugee planet crosses paths with the emperor of one of the warring factions that put her people in danger. Misunderstandings, political intrigue, and a rogue with a heart of gold in SPACE.

The Queen’s Advantage by Jessie Mihalik – All I can say is give me more!

Dreaming of You by Lisa Kleypas – a classic romance (1994) by an author I’ve never read. Fun and not too much of a cringe re: older romance tropes.

The Wicked Deeds of Daniel Mackenzie by Jennifer Ashley – A spiritualist and her mother run afoul of the law when she accidentally knocks out a Duke’s nephew. More misunderstandings, Victorian sexy times. TW for rape and trauma.

The Immortals After Dark series – Immortals of ALL kinds. Lots of sex. This is the ULTIMATE paranormal romance series (and it’s 18 books long to date). Mostly enemies to lovers.

A Hunger Like No Other by Kresley Cole – Vampire/Valkryie meets crazed, tortured Lykae. Rapey times ensue.

I initially DNFed this book. It’s extremely rapey, but I’m glad I decided to try the audiobook because the other books have grown on me. Listening is a better experience than reading it because I don’t have to get into the character’s heads. I’m kind of surprised this is the opening to the series because Lachlan’s treatment of Emma is a big NOPE for me.

No Rest for the Wicked by Kresley Cole *loved – Estonian Vampire 2 meets cold-hearted Valkyrie assassin on a magical version of the Amazing Race.

Wicked Deeds on a Winter’s Night by Kresley Cole *loved – Prophecied witch meets grumpy Lykae on a quest to revive his dead mate.

A little bit of everything this month… What I read, what I started, and what I gave up on in January.

What have you been reading lately? Any female-driven fantasy recommendations?

A Christmas Promise by Mary Balogh

The Last Wish by Andrzej Sapkowski

The Wallflower Wager by Tessa Dare

The Little Book of Hygge by Meik Wiking

On a Wild Night by Stephanie Laurens

Twice Upon a Blue Moon by Christina Lauren

Stuck-up Suit by Penelope Ward and Vi Keeland – this is a billionaire romance, which is not my style normally. It was ok. There was some weirdness re: possessiveness and unprotected sex that I didn’t like.

Another marathon #romance reading session… What I read, what I started, and what I didn’t finish in November and December 2019.

What have you been reading lately? What are you loving? I’m open to all genres and recs ❤️

Forbidden Hearts series by Alisha Rai (I read them in reverse, don’t judge me.)

Trade Me by Courtney Milan

The Rogue of Fifth Avenue by Joanna Shupe

Fix Her Up by Tessa Bailey

The Countess Conspiracy by Courtney Milan 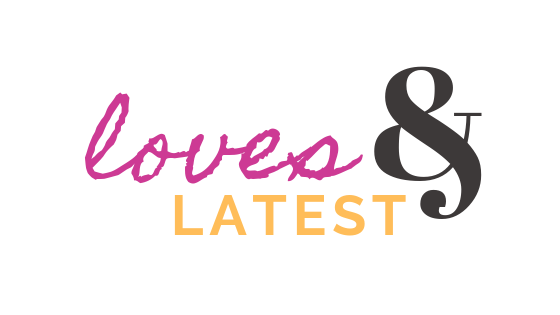 The Woman in the Lake by Nicola Cornick

This is my third Nicola Cornick read and definitely not the last. She writes time-slip mysteries set in England. Her first two books in the “series” were set in Tudor/modern day England, but this one is Georgian/modern day. These are edgy mysteries with a psychological bent… I don’t want to give the plot away, but it involves a dress that brings out the worst in those who possess it.

*more in my upcoming video review – later this month*

Instagram is my happy place. I keep a separate account to track my daily outfits, and have curated this feed with indie beauty brands, project panners, and women of all sizes. As I was browzing, I came across twinkle * apothecary, a female-owned indie beauty brand and store from Oklahoma City. Her products looks so pretty and lush (and affordably priced!), I had to give them a try.

I purchased the petal tint and the bronzing balm. Both give just the right amount of glow to my skin and give me a natural flush. They are lighter and dewy-er than my RMS and great for summer. Love them and look forward to trying more from the brand.

I don’t often talk about my partner in online platforms, but we’ve been together for a decade and, despite the ups and downs, there are some days when he really comes through. Today was one of those days. A wasp got into my bedroom and he rose to the occasion like a proper knight to help me get it out and soothe my panicked state.

It’s June, which means it’s my birthday month(!) and my fellow host indulged my fangirling with a tribute to my FAVORITE movie: Labyrinth.

Episode 22: Labyrinth is available on your favorite podcatcher.

The best books I read in April (and March, if I’m being honest). Mystery, finance, and manga, oh my!

Affiliate links support the channel and blog. Please, use them, if you choose.

What have you read lately? Drop a recommendation in the comments.

I resolved to read more sci-fi in 2019, but the male-dominated aspects of the genre is often a turn-off… not so with Polaris Rising. Runaway princess? Check. Sexy scoundrel? Check. Forced proximity? All the checks! An excellent, fast-paced plot with an active heroine? SOLD! I’m half-way through and want more from this writer/universe.

Summer is here and the time is right… for sunscreen! The Florida sun is blaring and my Juice Beauty CC cream is not going to cut it, so I switched to an old favorite: Elta MD physical sunscreen. It has a light tint, kind of like a BB cream; it’s COMPLETELY scent free (a must for me), and does turn me a whiter shade of pale (even if I skip the light fandango).

Turmeric! It’s a magic root! Well, that’s what they say. All I know is I was desperate to kick a hormonal migraine (5 days! gah!) and picked up a bottle of 1000mg of turmeric with BioPerine (a patented form of pepper that helps you absorb the turmeric). The stars aligned, or something, because it worked. Not the first time either; I just haven’t been consistent.

Episode 21: Matilda is available on your favorite podcatcher.

Pinterest is one of my online happy places. I make regular boards for the podcast, but one of my writerly pursuits is curating boards for WIPs and saving writing tips for easy access.

note: my WIPs have a “code name” before they have a title. There are no dragons in this novel. *shrug emoji*

For inspiration, tips, and more, follow “Writing and Fiction”

A Dangerous Collaboration by Deanna Raybourn

Veronica Speedwell is back! Deanna Raybourn is an instant read for me. The minute I learned A Dangerous Collaboration was being released, I placed it on hold at my local library. The only bad thing about loving this series is having to wait for the next book.

It was bound to happen. You can’t watch planning videos without being bitten by the sticker bug. However, I will exercise restraint, not matter how glittery the pack.

I’m a regular viewer of the #authortube community, but lately I’ve been making it part of my practice. So much to learn, so many writers to learn from. Lately, I’ve been deep-diving into Heart Breathings, iWriterly, and The Creative Penn.