First day of the term, still working remotely. Attended the virtual resource fair as a rep for the library, but it was really too early in the term to host a virtual event IMO. It’s not the same as a pop-up event on campus, where serendipity lures them in (and freebies).

One student showed up for my “table,” with 10 or so showing up for the event as a whole (based on my count).

Back to the vet for scheduled surgery. I’m going to call the kitty Cookie Cat, so he has a moniker in these posts. Vet called after the surgery to say the growth may be a tumor rather than the hardened pus pocket he expected to find. Hoping it’s not a sarcoma. My feelings have been pretty tender since I lost my cat in May.

We’ll have to wait and see. If it grows back, we’ll talk next steps. Praying it doesn’t.

Cookie Cat was cheerier than expected. The wound is bigger than I expected, but makes sense given the vet’s findings. I hate seeing him in pain, but he has such a sweet temperament. He’s back at my mom’s house to recover.

Watching the hurricane forecast and sending lots of love to the folks in Texas and Louisiana.

Been frustrated lately by the level of “service” that I’ve been semi-compelled to commit to this year. One of my colleagues tried to volunteer me for another committee and I had to nip that in the bud right quick. On my annual assignment, I have service listed at 20%, but it’s more like 25-30% of my time, if I tally the hours spent in meetings. Then there’s the administrative side of my job and all the meetings attached to that. It’s frustrating because I have a small department and a lot of pressure gets placed on whoever is available when the rest of us are in meetings. Long, complicated story. It’s an uneven level of expectation for my unit because of inter-campus politics.

Woke up early, but feel extra run down… Took a walk before settling in for work, but a migraine is threatening to start (massive storm clouds looming, sinus pressure building). Trying all my interventions…

One of those days where too many people tried to turn their problems into mine… not going to happen.

My sense of time is a mess… Woke up slightly earlier than I have during the last few months, and suddenly it felt like I had hours to get stuff done. Thought it was lunch time at 10 am and it only got more confusing from there. Still, managed to get a lot of stuff done.

Released the bird I rescued last month. Its mother was hit by a car and its wing was injured, but a few weeks in my mom’s care too care of that and it flew straight into the sky.

Tired after yesterday’s day of high energy. It’s to be expected. My energy has peaks and valleys.

Recorded a life update… now, to find the will to edit it.

Not a very exciting day, but a productive one. I kept finding every excuse not to write (the bathroom needs cleaning, the carpet needs vacuuming, maybe I’ll just read a little, etc.), so I dragged myself off to my office. Though it’s an hour away, my office puts me in a working state-of-mind, which is very effective against the excuse generator that is my brain. Got to writing and got it done. 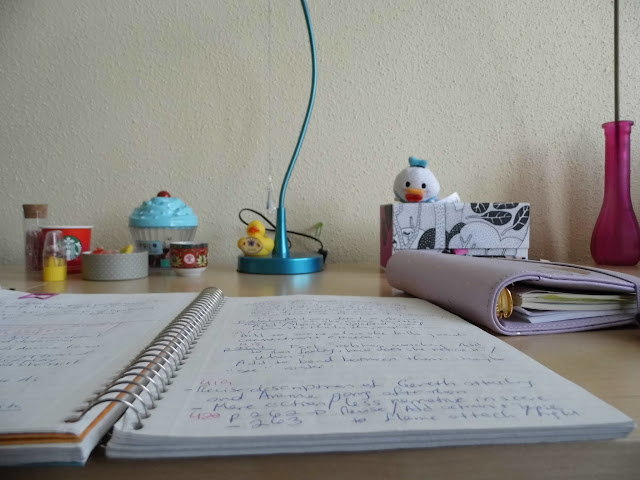 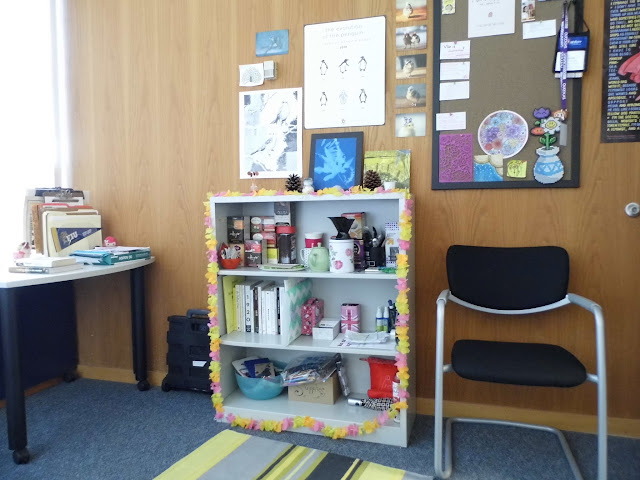 I have not taught in the proper, stand-in-front-of-the-classroom-and-spend-all-weekend-grading-papers sense in a while, but there are certain aspects of teaching that I engage in every day as a librarian. Among these is the always essential ability to know when a topic is likely to produce a “workable” research question, and when it needs to be redeveloped (or tossed). It’s always difficult to help a student who refuses to believe their research subject will not yield a good paper, whether due to lack of information available (more often than not because the student waited too long to find worthwhile information), or because the topic is too broad or narrow in scope to produce a thorough discussion or analysis. Even harder is the task of helping a student whose research topic has been assigned to them by a professor that over-estimates the scope of the library’s collection. When I was teaching, I generally tried to consider the subjects that I assigned from the researcher’s point of view, asking myself if a student was likely to find a good amount of information on the subject, or if there was anything I could do to aid them in their research.

Making sure students know how to make full use of their library is a great step in the right direction, but professors also need to be aware of the resources available when assigning research projects. Ours is a small academic library with a good, multidisciplinary collection. However; it is not an all-encompassing collection and our selection of databases is limited to those areas that best support the university’s schools. Obscure topics often require sources beyond our collection, which, in turn, require time on the part of the student. Assignments requiring that students only use print sources, or sources found through the library’s databases, further limit students’ ability to find relevant, credible information. Our collection currently features more ebooks than print books, but continued resistance from professors makes it difficult for students to become familiar with the valuable information contained in this collection. Instruction can go a long way, but the ability to understand and accept changes in information retrieval can help professors support students’ research skills and develop assignments that are challenging but doable. Learning should be an active part of teaching.

I am not an expert, but I always valued professors who learned with me and helped me find the information I needed to complete my assignment. Many students are uncomfortable asking for clarification, let alone discussing their concerns regarding a topic that is hard to research. This week I have helped several students completing an assignment that they were having a hard time completing based on the items available in our collection; only one student had the tenacity to bring her professor in to the library to show him why she was having no luck finding relevant information–the assignment required that they find a book, a print book, and bring it to class. Of the 7 books available on her subject, only 4 were in print, and these were all in Reference (so she couldn’t take them to class). The professor was surprised to find all the others were ebooks, but would not accept these as a substitute for print. Sometimes, you can only get so far.