Against all Grain is my grain-free bible. Of all the paleo/grain-free/gluten-free/Whole30-esque cookbooks I’ve read, Danielle’s has been the best resource for home-style, every day recipes that I a) want to eat and b) can actually make (skill and ingredient-wise). When I learned that she was publishing a book of holiday menus and recipes, I couldn’t wait to get my hands on it.

Celebrations is a beautiful, inspiring collection of recipes for a delicious, grain-free holiday. The book is divided into holidays and features a full menu (including drinks, desserts, entrees, appetizers, and sides) for each event. Some of these include specialty flours, but these are regularly available at Whole Foods and similar markets. I’ve already marked my holiday menu and can’t wait to try the Thanksgiving and Christmas recipes. 🙂

I received my copy of Celebrations from Blogging for Books.

I never did get around to checking in when I made the leaf silhouette, so here are the results from the first pin it challenge.

I bought two shades of blue green for the first layer of paint and a spray paint called “Sweet Cream” to offset the silhouettes. Then I raided the boy’s neighborhood for some large leaves. The result looks a bit like giant raindrops, which wasn’t quite what I was going for, but was nice for a first try. Next time, I’ll search for non-tropical plants.

For today’s challenge, I decided to make the Healthy Pumpkin Muffins from No Sugar Sweet Life. It’s a low fat, low sugar recipe that involves lots of whole ingredients. It was very easy to prepare the mix, almost like a banana bread. I did, however, have to go a ways away to find some of the ingredients that are not readily available at my local grocery store, but I always do enjoy a trip to Whole Foods :).

Go here for my original pin it, do it challenge post. Or go here to learn more about the Pinterest Challenge.

It’s been a while since I’ve posted a recipe post, but this one was a special request that turned out better than I had imagined, so I just have to share. Last weekend, I made Nigella Lawson’s Boozy British Trifle, a drunkenly masterful concoction full of creamy, fruity, sherry goodness. I made it for a rather silly reason–a cook-off between me, the boy, and his friends to celebrate the Hell’s Kitchen season finale with British themed eats. Dessert seemed like a good idea at the time and the boys claimed trifle is Gordon Ramsay’s favorite dessert (this is part of their Hell’s Kitchen/MasterChef mental database of useless knowledge). So I scoured the internet for a good, authentic recipe and settled on this one, as posted on Dash Recipes.

Other than a couple of substitutions–1/2 tsp dried orange peel for fresh orange zest and almonds for the pistachios and candied roses, I followed the recipe to the letter and produced a trifle and a half. Mostly because my trifle bowl was not as ginormous as the one pictured on the site, so I had enough leftover to make a smallish trifle as a tester. It was delicious!

Overall, this is a simple, easy to make recipe that can produce an amazing looking dessert, but you need to be aware that you need to refrigerate it for at least 12 hours before pouring on the final, whipped cream layer. 2 days is best (really, it makes a big difference as far as flavor). I used a nice cream sherry for the wine base and it went very well with the mild cream layers and the sweet fruits. This is a time-consuming dessert, but well worth the effort if you plan it out well and use good ingredients. For the cake, I recommend a drier sort of vanilla pound cake, rather than a butter loaf, as it will absorb the alcohol and juices better than a moist cake.

And, yes, I won the contest… although I think the boys were just too scared not to give it to me after I told them how long it took me to make this thing.

Had to play hostess today during one of our library events and got to exercise some of my event planner type skills. The event centered on a visit from the Deputy Consul from Argentina, so I had to develop an Argentinean theme for the treats to be served. Some quick research and trips to various stores and Hispanic shops turned up the perfect mix of quick, affordable bites.

Went with a blue and white theme for the tableware to coordinate with Argentina’s flag. 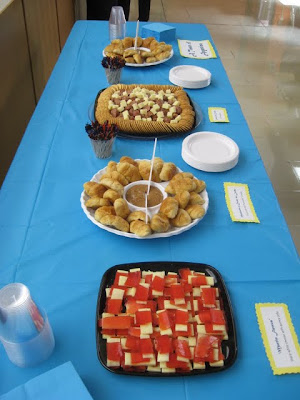 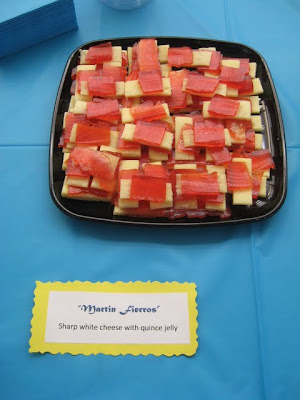 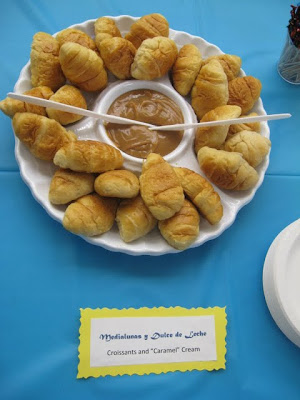 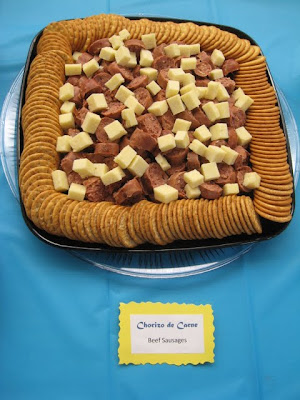 Overall, the treats were a huge success, as was the event 🙂 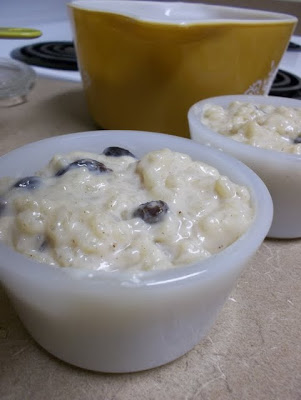 My mom was about to throw away nearly an entire loaf of Italian bread, which I thought was quite a shame… so I decided to make a batch of croutons instead :). I looked up a basic how-to and added some of my favorite flavors to the mix. They turned out great! And made the house smell deliciously of pizza when they were in the oven.

I also made more Dulce de Coco because it was such a hit with the family :).

I really do. Thanks to my grandpa and his friend, we have a lovely bunch of green coconuts to enjoy. So while the coconut water flows, we have an abundance of fresh coconut meat… I already made a batch of macaroons, but I wanted to try something different with some of the grated coconut. I thought there must be some way to make something similar to rice pudding but with coconut, but my searches turned up very few recipes that made use of fresh coconut rather than dried. Then, a stroke of genius… I decided to search in Spanish. After all, the best coconut deserts I’ve had are all Hispanic. Voila! I found the just what I was looking for on a forum for a Dominican recipe site: Dulce de Coco. A tasty treat, similar to rice pudding, but featuring delectable coconut goodness.

I adapted the recipe to suit my needs and it turned out wonderfully sweet and full of coconut flavor. A great treat if you have some fresh coconut.

Stir occasionally to keep the coconut from sticking to the bottom and burning.

Allow to boil until the mixture thickens, the consistency should be similar to rice pudding.

Remove from the heat and allow to cool. Refrigerate for at least 30 minutes before serving. It will thicken further as it cools.

Note on the cooking time: I set it on medium-low heat for a little over an hour and a half. The original recipe said it would take 25 minutes, but I halved the recipe and it still took more than twice as long before it reached the desired consistency.

I had a pair of over ripe bananas and decided to make some banana bread so I wouldn’t have to toss them. I used my go-to banana bread recipe, the one I have modified over time, and I added some cinnamon and apple chunks for variety. I realized that though I’ve blogged about this bread before, I’ve never actually posted the recipe… shame on me. So here it is in a handy, printable PDF with all my modifications and additions: Gricel’s go-to banana bread recipe

It’s been a hit every time I’ve made it, but I really think the apples and cinnamon made it extra special this time around. Plus, I finally got to try the mini-loaf pan my mom got me a few months ago 🙂

My mom and grandma love orange-flavored baked goods, so I wanted to make something orangey for Mother’s Day breakfast 🙂 . I found several interesting recipes, but finally chose this one: Orange Brunch Muffins from the Very Best Baking site. This is a Nestle recipe that calls for white morsels, but my mom absolutely hates white chocolate, so I replaced them with dried cranberries to add some tartness to the mix. It also calls for baking mix as part of the dough… I’ve never used baking mix in a recipe before, so I was a bit ambivalent, but I didn’t want to try any complicated replacements. I just went with the rest of the recipe as is.

I burned my hand with some hot soup last night, so mixing was a bit of a problem and I just hoped that I wasn’t under-mixing, but despite a rough start, the muffins turned out very well. When I took them out of the oven, they looked a bit like biscuits, which I assumed was the result of using baking mix in the recipe (since biscuits are generally made with this mix). The texture is similar to that of a biscuit, slightly crusty outer layer and very soft doughy middle. The taste nice and orangey, and the cranberries and macadamias provided a nice balance of tart and crunchy. They are not overly sweet, but just right for a breakfast muffin.

END_OF_DOCUMENT_TOKEN_TO_BE_REPLACED

Due to an abundance of fresh coconut in our house, I have been looking up recipes that call for fresh coconut in order to use up some of this wonderful bounty. My grandma makes a sweet, sticky coconut in syrup, but I wanted to try something different. I found a few recipes, but settled on macaroons for my first try at baking with fresh coconut meat. The result was a delicious, moist batch of macaroons with a very delicate flavor and texture.

I made a few modifications to the recipe to suit my taste, so here is my version.

Based on the recipe by: Penny Ann Habeck on allrecipes.com

(my modifications in red)

This is what the process looked like. Overall, the easiest batch of cookies I have ever made.